Another year, another Reclink Community Cup 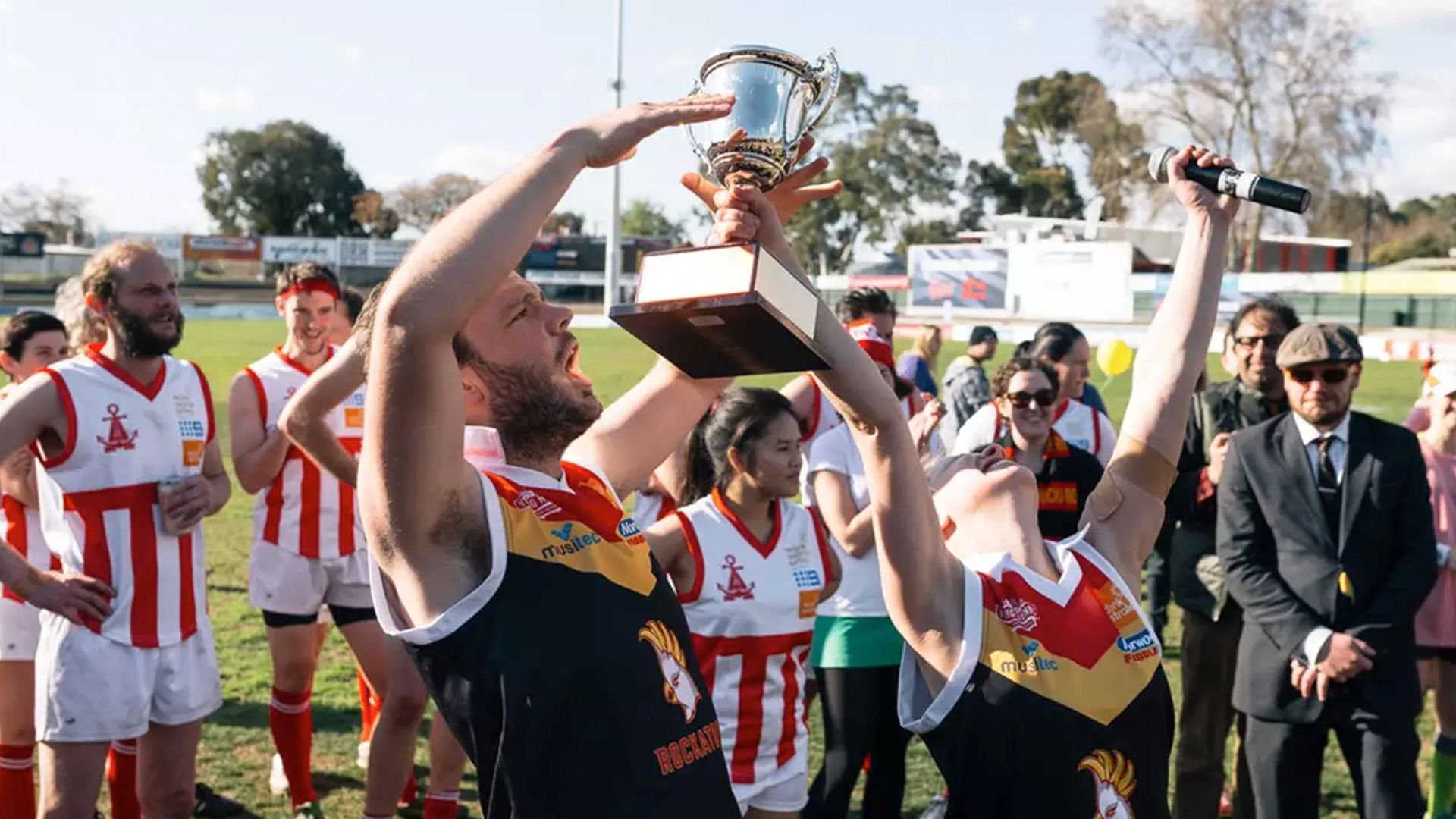 For the 24th time, the Reclink Community Cup has come and gone from it's Melbourne home, and the Channel 31 production team were there to catch all of the action.

The Reclink Community Cup is an annual charity event run by Reclink in all capital cities of Australia. Reclink is an organisation that uses sport and art programs to assist disadvantages Australians in finding socially inclusive and life-changing opportunities.

With the support of the Community Broadcasting Foundation (CBF), Channel 31 has covered the mighty bash between the Megahertz and The Rockdogs for the past four years in a row, giving punters a chance to view the action from the comfort of their home.

C31 Melbourne's own Shane Dunlop (Head of Production) had a little something to say regarding our stations involvement with the Reclink Community Cup:

"This time last year, Channel 31 were simultaneously getting ready to cover our third consecutive Melbourne Community Cup whilst preparing for an untimely switch off.

As we covered the events of the 2017 cup, we were within our final week as a traditional TV station.

A history that runs almost parallel with the Cup itself, Australia's favourite Community TV station was on its knees after almost 23 years on air.

A day after unpacking our cameras, cables, batteries and microphones from another successful Community Cup, the call came in that we'd be getting a last-minute reprieve...again. That was followed by another extension in September and here we are in 2018, a little bruised and battered but with a steely resolve to stare down deadlines and potential switch-offs much like Megahertz captain Chris Gill stares down a menacing Rockdog defender.

On Friday 1st June this year, we received word from our mates in the Federal Government that we'd be getting yet another extension, but this time, a whopping two years!

It amounts to effectively a return to the "business as usual" status we had enjoyed prior to 2014, affording us stability and allowing the station to be able to get back to focusing on what it does best.

For over two decades, we've fostered social inclusion, celebrated diversity and a sense of community belonging by broadcasting content made in Melbourne that tells the stories of local, everyday people.

We've supported local content creators and provided media career pathways for our diverse community and now armed with a renewed sense of stability, we're not planning on changing things up (or going anywhere) anytime soon.

This year, I decided to step out from behind the cameras and dust off the boots to join the Megaz on the training track. It's been a blast to be a part of it all and to witness the camaraderie and spirit of the Mighty Megahertz over the last eleven or so Sunday mornings.

We'll be doing our best to be impartial broadcast partners today, but just so you know - our hearts are with the Megaz!

With a sell out at Victoria Park last year, the 2018 Melbourne Community Cup is set to be huger than ever, and this year our dedicated team of volunteers will again be around the ground rolling cameras on what's now becoming one of the biggest local sporting events of the calendar.

Keep your eyes peeled for our roving live team, with Matt Stewart, Rose Callaghan and company crossing live to Facebook throughout the day; and catch our full replay on the box and online this Friday night.

We're proud to be a small part of this event and we look forward to being a part of many more Community Cup's to come."

Our coverage of the 2018 Reclink Community Cup would have been impossible without the support of the Community Broadcasting Foundation and our loyal team of production volunteers.  If you're interested in joining the C31 Production Team, or just getting involved with the station in general, you can learn more by visiting our website here.

« 2018 round 2 CBF content grants now open!
Is TV advertising right for my business? »