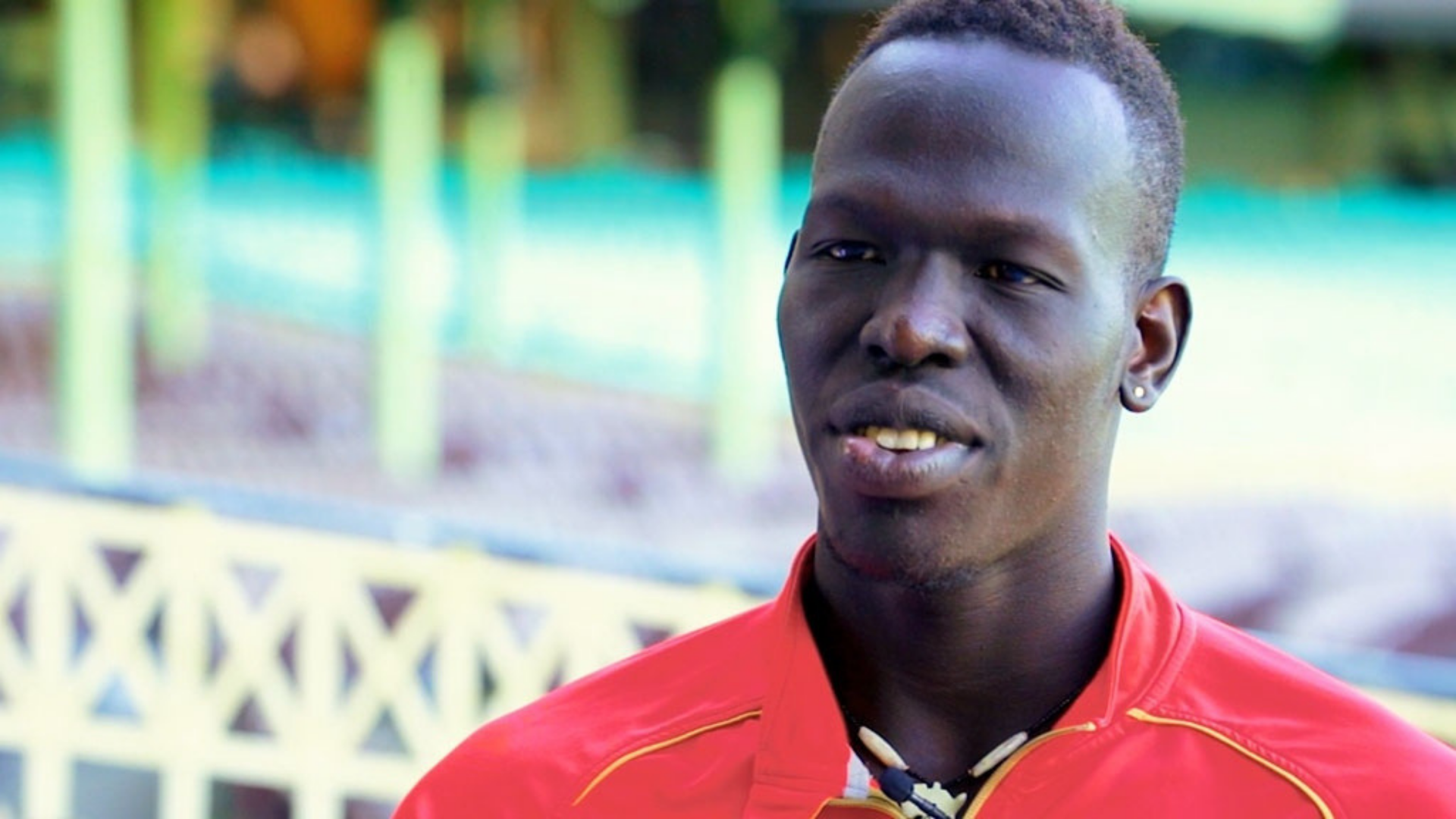 From kicking a handmade soccer ball around the dusty streets of Kakuma Refugee Camp, to booting a leather Sherrin on the hallowed turf of the Sydney Cricket Ground, Aliir’s story of persistence is inspiring to all.

Aliir’s story is the first released in the ‘I Am Australian’ video series as part of the Project 1 Million campaign, which promotes social cohesion and celebrates the diverse social relationships in our community that bind people together. The campaigns aim to raise awareness for the work of four charities: Amnesty International, All Together Now, The Long Walk and Children’s Ground.

Aliir was born in Kakuma Refugee Camp in Kenya after his parents had fled Sudan to escape a bloody civil war. The family then migrated to Australia where Aliir’s uncle was living in Brisbane. It was here that the natural athlete discovered Australian Rules Football and started his journey to the SCG.

“Aliir’s story, from a refugee camp in Kenya to playing AFL in Australia, is one we can all be proud of. We all want the same things – a safe place to call home, where kids can go to school, where we can explore our interests and contribute to our community,” said Sarah Gooderham, Refugee Campaigner at Amnesty International Australia.

A proud African Australian, Aliir’s story is the perfect fit for Project 1 Million.

Project 1 Million aims to reach, challenge and inspire at least one million Australians, through the power of digital media and positive storytelling, to increase understanding of marginalised communities and increase social cohesion within Australia.

The campaign is using a unique crowdfunding approach to cut through the echo chamber of social media platforms and take the ‘I Am Australian’ message into newsfeeds around the country.