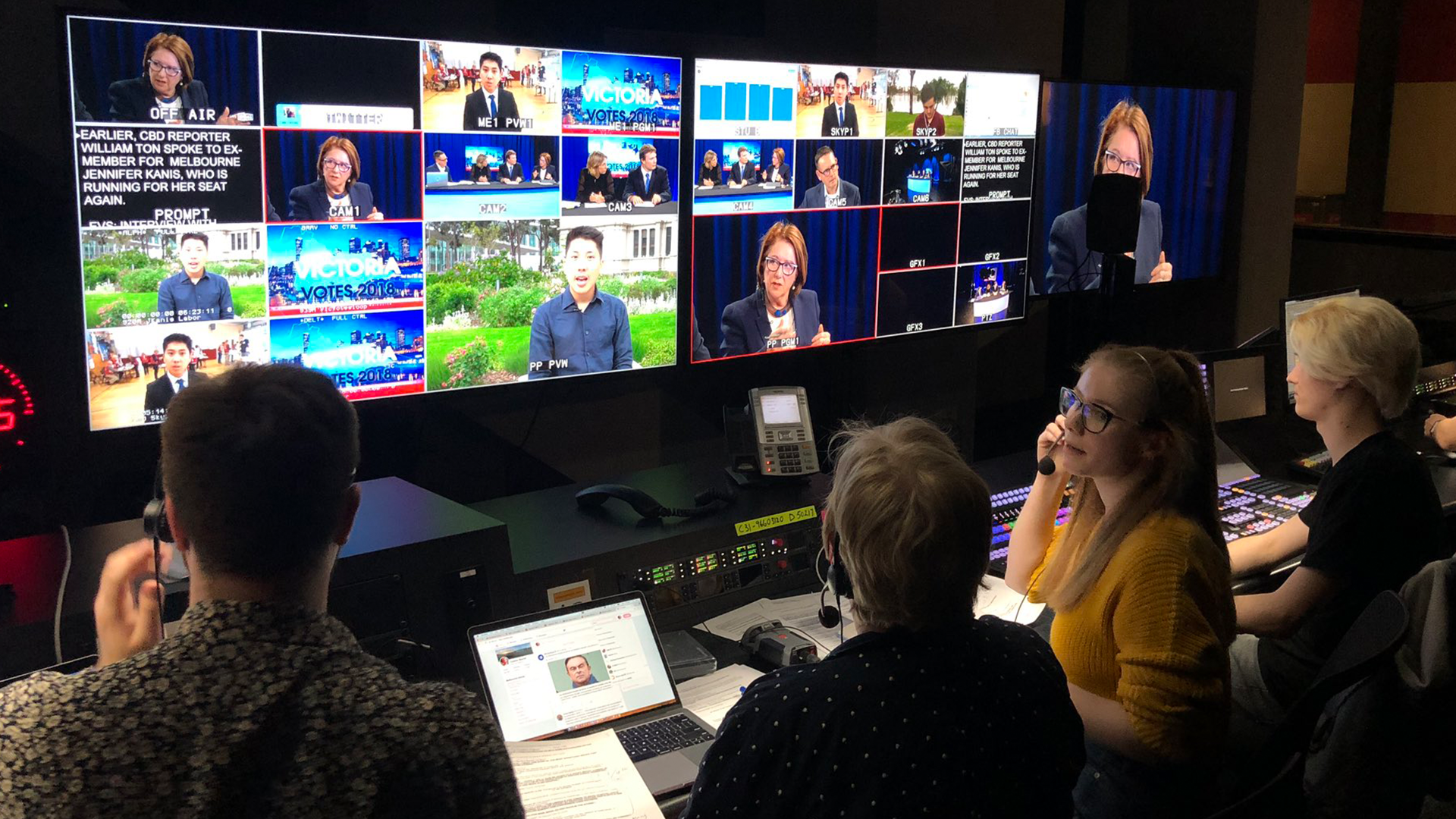 The success of the student lead election special last month puts a cherry on top of what was a busy year of student-produced content that aired on Channel 31.

Every year, C31's involvement with tertiary education proves invaluable for teaching students the skillset necessary to produce shows and in turn foster the next generation of journalists.

Rachel Simmonds, a producer on Victoria Votes 2018, said that even if you don't go into broadcast, the experience of creating a live show is one of the most important ones she's had.

"There's so many skills you can learn that apply to other things, such as time management, working under pressure, and there's an element to livestreaming that you don't get when you pre-record things."

During the election coverage, Simmonds admits situations like an autocue failure arose that are simply impossible to plan for, but this is where the real value of creating a live show truly lies.

"Obviously you can't go back on your mistakes, you just have to ride the wave," she said.

"I think it really teaches students how to handle the pressure in situations where something does go wrong, which is why it's so important that we get the experience of doing a live broadcast."

Deakin Screen and Design lecturer Liz Baulch believes creating a show with the possibility of it being broadcast on C31 has immeasurable value for the students.

"The motivation that it gives students to see their work realised as a broadcast is fantastic. It's taking a step from being an assessment to having a life outside of that," she said.

In addition, having it as part of the curriculum helps students learn the bigger picture of how a TV show comes together. Baulch said it teaches them collaboration, communication and the technical skills to produce a show as part of a team.

Moving forward into 2019, C31's Programming Team has expressed the desire to continue growing and the stations current relationship with tertiary institutions, and to establish brand new relationships with other, previously untapped sources of student work.

"Providing a platform for the media makers of tomorrow truly is one of the greatest strengths of CTV," said Mitchell Kalika, C31's Digital Manager.

"With the future of content being digital, CTV's unique position as a part-traditional, part-modern media organisation offers the perfect opportunity for students of any skillset to sink their teeth into broadcast media. Whether it be the creation of a show, or the effective distribution of that content across various different mediums."

"C31's ultimate goal is to act as a proving ground for the talent (both on and off screen) that you'll see behind your favourite productions in ten years time."

With a re-invigorated internship program debuting in January 2019, and an extension of their free-to-air broadcast license seeing the station on air until at least 2020, C31's ability to continue fostering the media makers of tomorrow in the face of what was thought to be insurmountable odds is truly a testament to the dedication of C31's supporters, and will hopefully see the station continue to broadcast for decades to come.

« Students take on election day coverage
Why advertise on TV? »