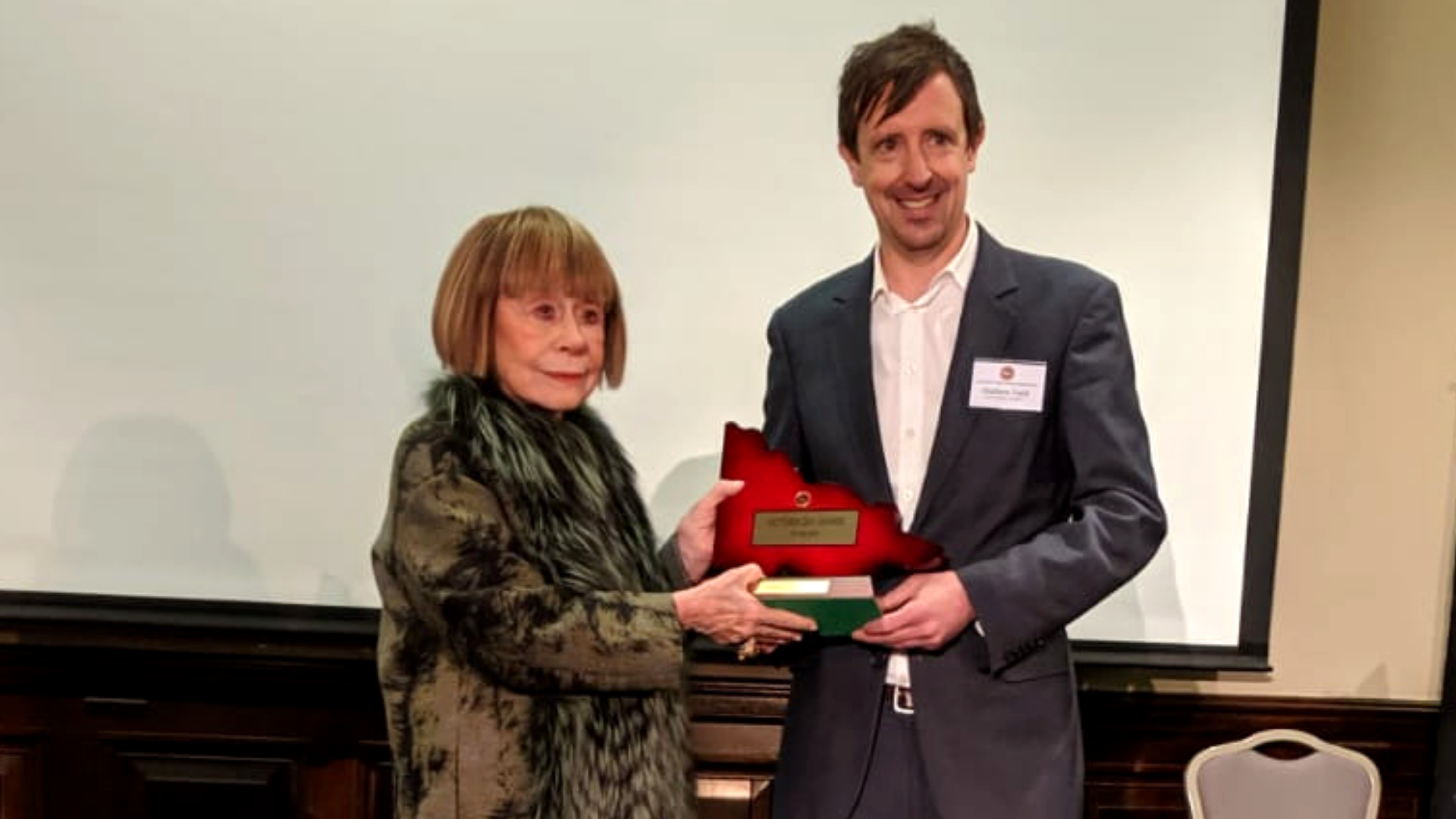 Channel 31 is honoured to be recognised by the Victoria Day Council, accepting an Award for Contribution to the Arts.   This award is fantastic recognition for the army of Members, Station Staff and Volunteer Producers that work everyday to broadcast local content on Free To Air TV reflecting the diversity of the people of Victoria.

C31 General Manager, Matthew Field, accepted the award from Jeannie Pratt and highlighted in his acceptance speech the role of C31 in stimulating local content production and providing opportunities for emerging screen practitioners.

“It’s remarkable the sheer volume and diversity of people and communities who have contributed content for Channel 31. And the overwhelming majority of them are volunteers doing it out of passion – whether that be to launch their own media careers like Rove and Waleed Aly, to express themselves creatively or share their interests, disability groups, multicultural groups, LGBTIQ groups and Tertiary students as part of their coursework”.

Field went on to discuss the efforts of the organisation in continuing to service niche communities and offering a platform for industry newcomers to access, despite Federal efforts to switch-off the station.

He concluded his speech by thanking the Lord Mayors Charitable Foundation, the Helen McPherson Smith Trust and the Community Broadcasting Foundation ' who have shown belief in our community projects and backed us when it was needed most'.

C31 would like to thank all government, philanthropic and industry bodies; as well as the volunteers, members and affiliate organisations who have supported the station over the past five years.

We couldn't have done it without you!

« Students cover election night on a national scale
Connected Communities Kicks Off »
Channel 31 acknowledges the First Nations peoples of Australia, whose connection to country and living cultures began in time immemorial and helped shape our understanding of this land. We recognise sovereignty has never been ceded and affirm our commitment to advancing reconciliation.